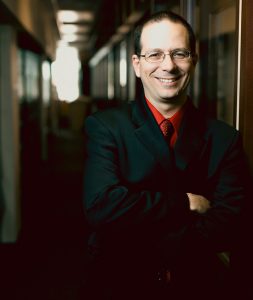 Ken Haskill was hired by F&M Bank directly out of high school in July 1989 and started as a teller at the Belmont Shore Office, working also as a drive up teller, merchant teller, in customer service, and a teller trainer. In 1991, Mr. Haskill was transferred to the Investment Department of the Bank’s Main Office where he earned a managerial position and an AVP title. Farmers and Merchants Trust Company showed interest in Mr. Haskill and hired him in 1998, where he worked in administration and eventually moved to operations in 2000. He currently holds the title of Vice President, Operations Officer, and Information Security Officer, responsible for managing the Operations Department and overseeing the Information Systems & Security for the Trust Company. Mr. Haskill is now in his 24thyear as an F&M employee. A Southern California native, he and his wife met at the Bank in the early 1990’s and have been married since 1995, and currently have three children.